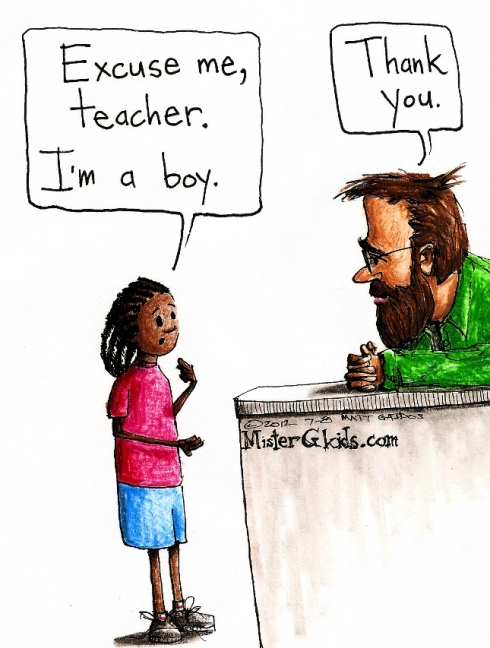 This is one of the cutest things I’ve ever heard.  It got my imagination firing, so I decided to do some sketches of what a “policeboy” is.  Please check ’em out over at my art blog with Mike: My Black Dad.  They’re super fun and cute! 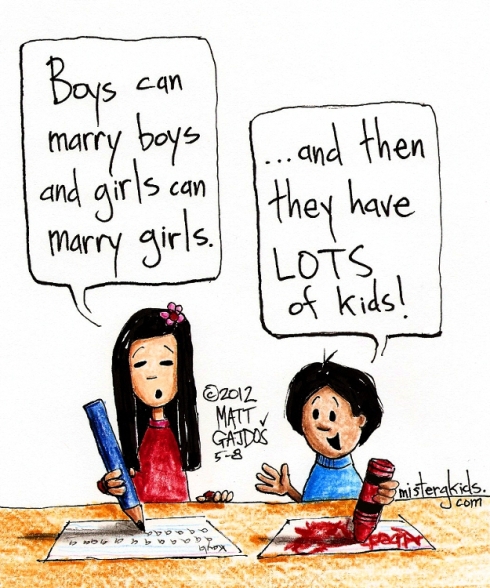 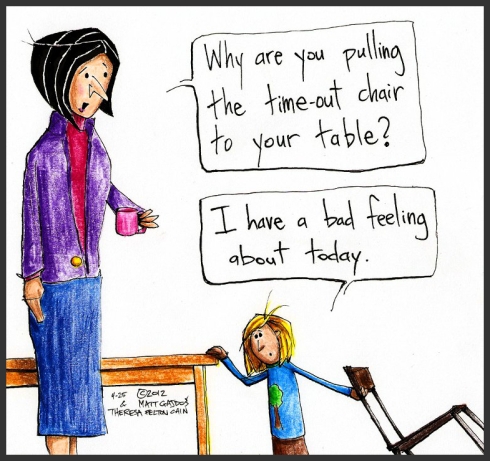 Original fan and supporter Zan had a great idea for Mr. G – solicit ideas from other teachers and send the original to them if I make it into a comic.

Thanks for the great idea, Zan! And here is the inaugural effort.  My old friend Theresa (pre-school teacher) gave me this idea a few days ago and I couldn’t stop laughing! So here it is, and the original is on its way to her!

And if any of you are teachers, or have ever been, and have great stories, please send them to me if you’d like me to consider them for a comic! The original is yours to keep if I pick your idea.

Thanks to everyone for continuing to read and enjoy Mister G Kids!