Little Matt and Teddy have already decided to bravely head into next week.  Ahead of them is, as always, a big blank canvas, and the hope that on the other side are five new comics that don’t exist yet.

Making a daily comic is hard.  Thankfully I have some giant shoulders to stand on.  Where would I be without A.A. Milne and E.H Shepard’s Christopher Robin and Pooh to guide me? Lost, like Piglet in the Hundred Acre Wood.  Dr. Seuss and Charles Schultz – I am always looking back on your stuff for help.   Thank you for guiding me, gentlemen.  And as always, thanks to the Mister G Kids adjunct think-tank: Mike & Zan Olson.

See you on the other side, everyone! Next week, we’ll reflect on six months of Mister G Kids.  And as always, thank you for coming back to enjoy it! 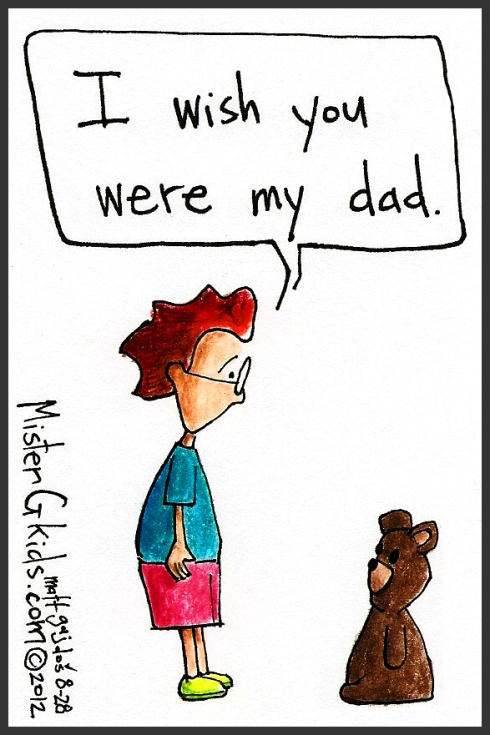 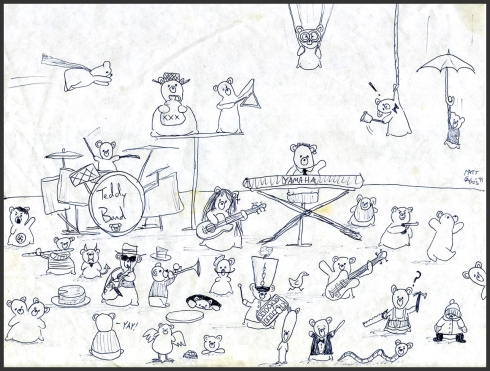 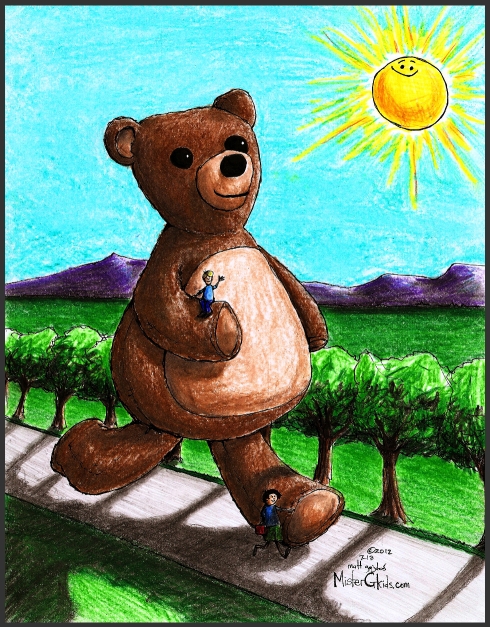