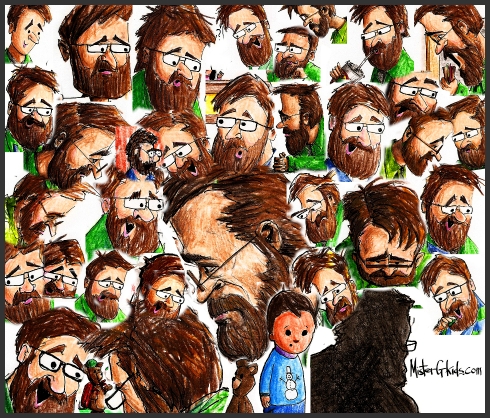 Ok, it’s only been 6 months! But it’s a half-year anniversary and it’s time to celebrate!

Lets go back in time! In March 2012, I was working on My Black Dad, a collaborative art blog with my good friend Mike Newman.  My friends and confidantes The Olsons had long encouraged me to try to make a comic out of the quotes I had been collecting from substitute-teaching elementary school kids.  It was my turn to post to the blog, and I decided to post this: 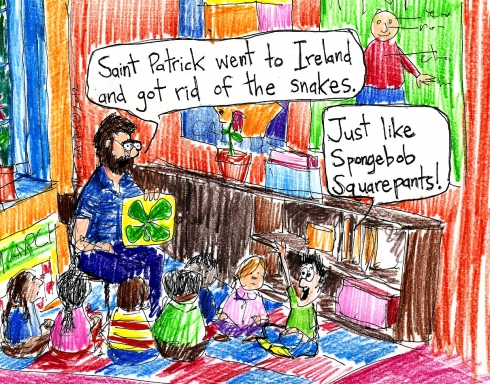 It turned out to be huge – all different kinds of people liked it.  It was different from all my other comic projects because it was more G-rated.  Yet I didn’t feel like I was pandering.  I really love kids and I decided it was not an artistic compromise to draw cute tykes and not use foul language, as I have been known to do in other comics, particularly Boozenose the Clown with Evan Zes.

I decided right then to give Mister G Kids its own home.  I had learned a lot from doing Rent Control and Boozenose.  The most important thing was this: to really get folks interested in coming back to your comic again and again, you have to post A LOT.  So I bit the bullet and decided Mister G Kids would be a daily comic.  It was a big commitment.  I also bought a named domain so that the site would look more professional.

I’ll admit, there have been days when I didn’t want to draw a comic.  Early on, I took a hiatus because I was burned out.  Then I got approved for ads on my site.  That breathed new life into me because I got excited to get a little ad revenue, however miniscule it has turned out to be.  It’s just a little micro financial incentive to stay on top of my game, but a few dollars here and there can keep the fire lit under you.

I come home from teaching at about 3 pm every day, which gives me about 2 hours to get a comic done before my self-imposed deadline of 5 pm (midnight GST).  After long, sometimes exhasuting, days at school, the last thing I want to do sometimes is sit down and hammer out a piece of artwork.  But picking up that pen brings me back every time to the reason I have continued to this day:  It’s the best therapy I could ask for, and after walking away from an abandoned acting career with an empty sense of self-worth, it has been rewarding to go back to a skill I have been honing since about 1980 when I first picked up a crayon.  I feel good about myself.  Yay!

So it’s been six months.  It doesn’t seem like a long time, but it FEELS long! About 130 comics later, here we are in September 2012.  I never thought I’d get here.  There is a huge stack of comics on top of my dresser and some days I say to myself, “How did that happen?”  I can remember back in March thinking, “Some day that will be a big pile of comics but I have no idea how to get there.” But I did it! Along the way there have been lots of bumps in the road, and fun too!  Here are a few mileposts:

The way I draw myself! I’ve never been able to draw the same character the same way twice, which is why I do a single panel comic, as I did with Rent Control and Boozenose.  Just look at the collage above to see what I mean! But there has been some streamlining of the way I draw “Mr. G.”  The early ones looked a little crazed and the recent ones a little more tired.  Art imitates life!

My Black Dad has sadly shut down.  Mike and I decided that it served its purpose and it was time to move on.  We had several awesome years of collaborating on the blog, but it’s time has come to a close.  I just don’t have time to keep up with it because of Mister G, and Mike has moved on to bigger and better things, and is having an awesome busy life that he is happy with, as well as working on his own art and film projects.

The name of the comic changed from plain old Mister G to Mister G Kids for a couple of reasons.  The latter was the actual domain name of the site and I thought it would help to have some consistency in the branding.  Secondly, there is a guy who does school concerts named Mister G, and I thought it was a good idea to distinguish us a bit more.  The name felt good, and folks got used to it right away.

Mike Olson made lots of great suggestions.  I added a “Greatest Hits,” which not only helps people navigate right away to the funniest popular stuff, but for anyone running a blog it’s a great way to redirect traffic and turn a click into a new unique hit.  Mike and Zan Olson also helped me put out an Official Mister G Kids T-Shirt!

I’ve learned so much about social networking and blogging! I’ve made lots of new friends.  I’ve re-energized my love for visual art and artists, because in the process of seeking willing eyes for my blog, I have found a TON of great artists out there making fabulous work, so many of them doing it for nothing but the joy of it.  I try to update Facebook and Twitter with artists I find who I think are really cool, so you can always check that out.

The comic has enjoyed more fan loyalty than I ever thought possible.  The views since March are approaching 40,000 and climbing.  I’m humbled by a generous circle of friends and fans who stay in touch on Twitter, Facebook, and WordPress.  There would be no Mister G Kids without you guys, and as anyone who has tried to make a blog function, generating interest in your own stuff requires daily nurturing and giving the love right back to the folks who are coming every day to visit.

Here’s to the next six months! 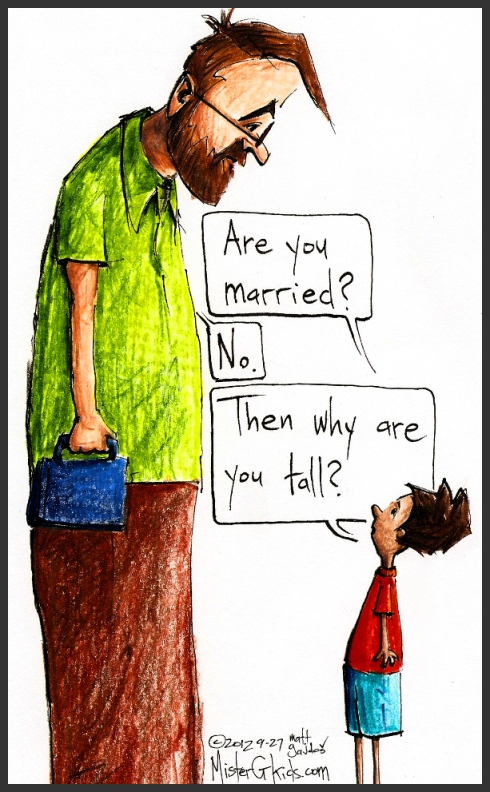 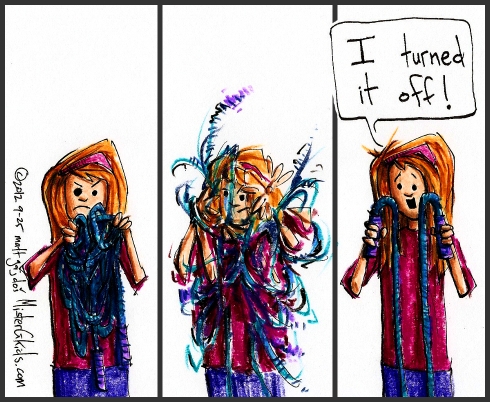