We last left our heroes in 2003 during the invasion of Iraq, when the Dow was at 9000, and Donald Rumsfeld revealed to us that bombs are for killing people.

Baby Bunny and Baby Lambie were, as always, making inane pop culture references and causing frowns of disapproval everywhere on the University of Pittsburgh campus…

(Rent Control was my college comic from 2001-2003, published daily in The Pitt News.  I miss these little guys.) 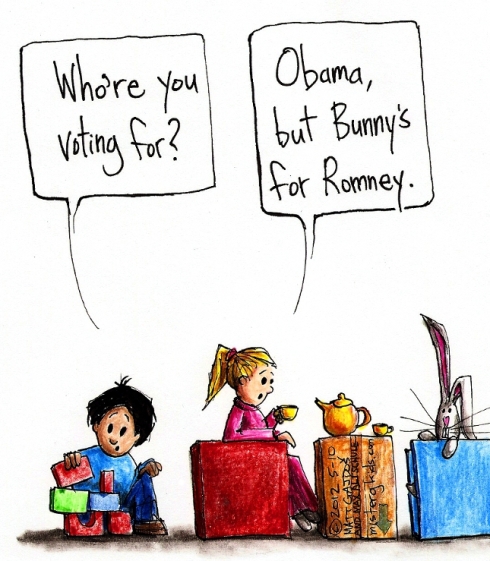